BOPE, the Battalion of Special Police Operations, is an elite unit of the state military police  of Rio de Janeiro. It was founded in 1978 and consists of around 400 men, trained in urban warfare. In an interview with Robson Rodrigues da Silva, Lieutenant Colonel of the military police, in 2010, he said to me: ‘BOPE is an icon. It is the ideal of the military within the academy. BOPE’s theatre of war is the favela, it is the last resort for security because it is the most lethal force that can act in defense of society.’

The pictures in the gallery are from my visit to BOPE’s headquarters in Rio de Janeiro in March 2012. 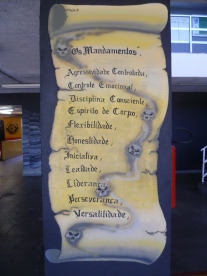 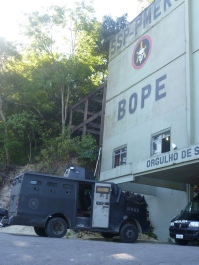